The inside of the metal shed is really coming along.  I should have taken "before" photos.  Over the last couple of years, as I periodically cleaned up piles of debri from rat parties shredding everything, all of the counters had become stuffed with clutter.  I am not done, but I have clean work surfaces.  And last night I found a great plan for constructing a wedging table for ceramic clay!  So easy I can build it myself.  Now... where to put it... 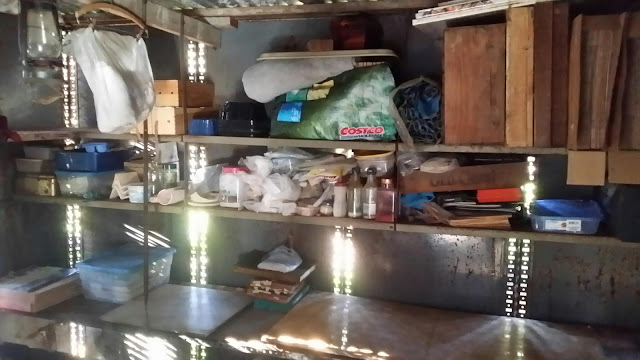 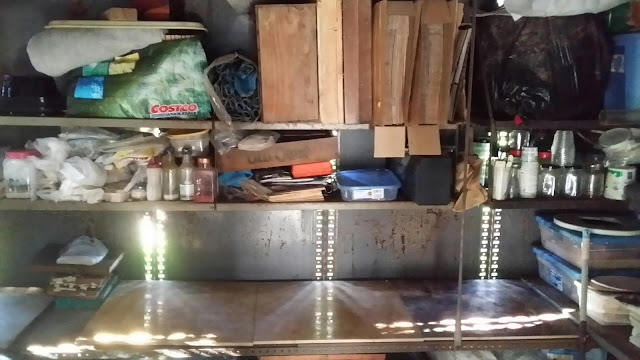 Posted by PedricksCorner at 4:40 PM No comments:

One of the reasons a new shed was so necessary to adjoin to the old metal shed before I could use it to work in, is the wild rats!!  They destroy everything.  They chew the plastic off of wiring to electrical items.  So the kiln has never been taken out of it's box.  Not that they haven't been trying to chew into it!  They pulverize styro foam for bedding.  They shred everything for nests and make nests in every nook and cranny.  Like my collection of woven baskets.  And they destroyed the dried armadillo basket my mother gave me long ago.  It is a real armadillo and I used the skin to make surface texture molds for my ceramic boxes.
The last step towards keeping them out, was packing the gaps between the walls and the roof with fiberglass.
There is still a lot of cleaning and re-organizing to be done.  And that is what I'll be doing for Christmas.
Not everything you see in the mess outside is garbage!  A lot of it is paper intended for my future endeavor of making handmade lavender infused paper.
See you next year! 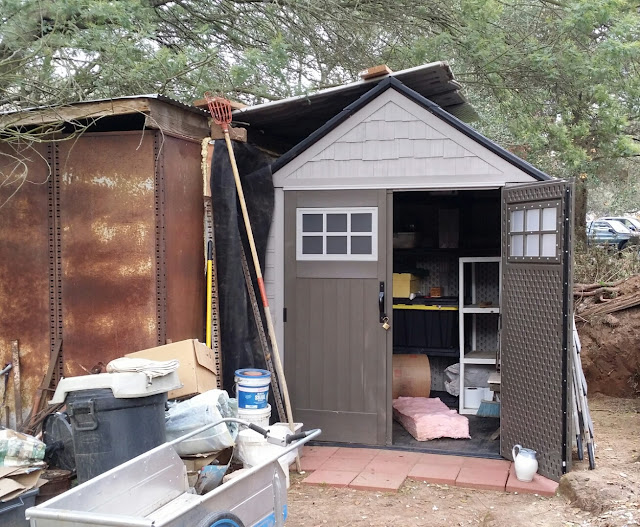 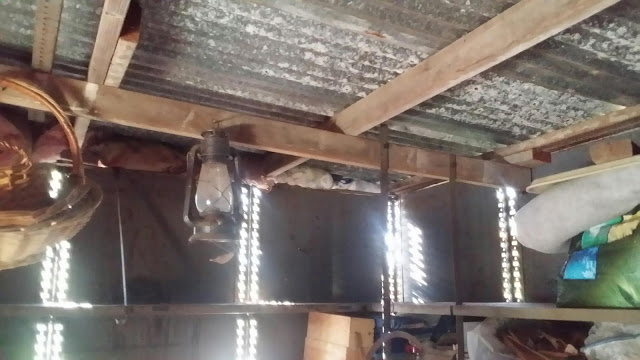 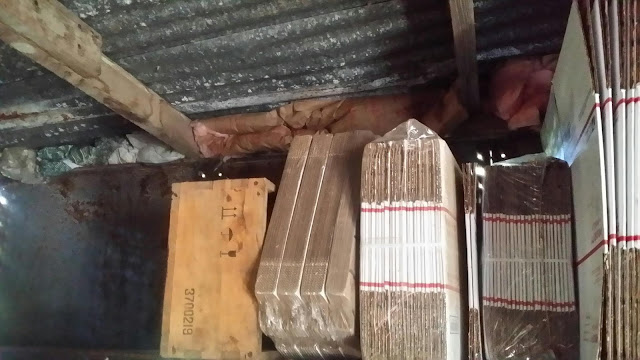 Posted by PedricksCorner at 1:43 PM No comments:

Inventing New Ways To Use My Lavender

As many of you know, the sale of my lavender crop is intended to fund the rebuilding of my heirloom upright fuchsia nursery.  But most people have never heard of a lavender wand and everyone on the planet with a lavender bush sells lavender sachets.  I literally give away most of my lavender sachets, I put one in with every order no matter what the order is for.

Since so few people know that lavender wands exist, they are not searching for them.
So how do I get people who are searching for items, to land in my Etsy shop?
First, as I was trying to figure out how to add a label to my wands so people would know where to get them, I discovered the end caps and realizes that I could turn my wands into pendants.  Yeah!
I have been having a blast making those and it is going well so far.  I am still lost in a pile of other pendants called lavender because lavender is also a color...
Even so, people are liking them and I am hopeful.

And some of you may know that I write a blog called Artisans Of America where I look for and then promote other artists in 16 categories from botanical to wood.  When I am searching for someone new to promote, I come across so many fascinating things!

Which has lead me to start making two new items with my lavender.  One of them is a bookmark/landyard accessory which if you don't want to use as a bookmark, can be clipped around your rear view mirror like I do with the pendant that I made for myself.  And the other one is a key fob or zipper pull.  It took a while to figure out how to make something that could endure the use that a zipper pull or key fob does.  Most lavender sachets are sold in "organza" bags which are so thin that pulverized lavender comes through the fabric.  So I went with silk!  Then I had to figure out how to attach them.  I can't use the lavender wands for these because I don't think ( I could be wrong ) that the little woven baskets would hold up long with a lot of use.

So here are two examples of my new items:  Lavender Bookmarks and Lavender Key Fobs! 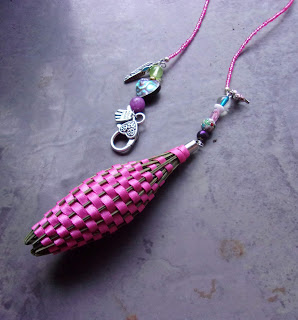 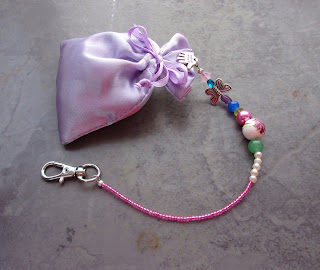 
Posted by PedricksCorner at 6:52 PM No comments: